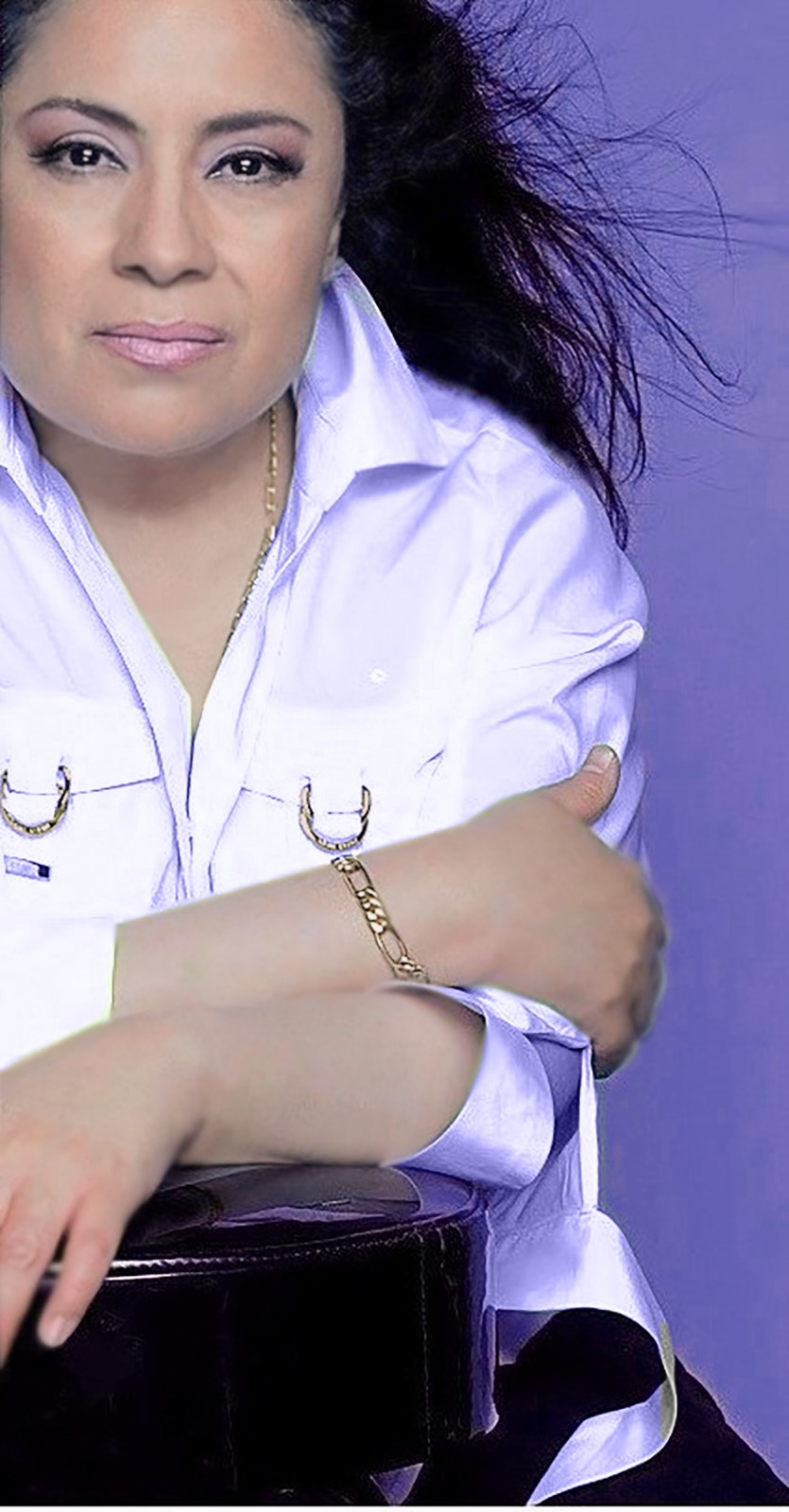 Following the release of «Boca de Agua»,
renowned Mexican singer-songwriter
GLORIA ESPAÑA
IS SET TO RELEASE A FOLLOW-UP SINGLE OFF OF
HER LATEST ALBUM «PALOMA FRIA».
Her debut work as a writer with the book «SPRITEBELL EL DUENDE» is already available at
Amazon.com.
Throughout her music career she had multiple hits, some of which were performed by Cristian
Castro, Larry Hernandez, Regulo Caro, Juan Rivera and Adan Chalino Sanchez.
GLORIA ESPAÑA BOCA DE AGUA
Renowned Mexican singer-songwriter Gloria España continues to plan the release of a
follow-up single from her latest album, «Paloma Fría» (Cold Dove), a piece she wrote in both
lyrics and music. «This song talks about love, heartbreak… It feels very feminine. «It is a song
that I truly love, a love story that continues to unfold, but above all, self love prevails as the most
important ingredient making the female character stand strong».
Her latest single «Boca de Agua» was originally composed by Gloria España, produced by Pedro
G. Bader, Gloria España, Daniel Vila, Rafael Sardina. The mixing engineer in charge was the
renowned Rafael Sardina. Mastering: Reuben Cohen (Lurssen Mastering).
» This is an album
full of colors and I am very thankful and blessed to have so many talented people working on
this material, from my beloved husband Pedro Gerardo Bader, to whom I am forever thankful for
his love, trust and support throughout my work and career. I am very fortunate to collaborate
with two great composers, Graciela Carballo and Thania Sanz, who are sharing their talent and
work with us. It is an honor to have worked with the musical maestros Daniel Vila, Leyla Hoyle,
Ramón Flores, Ramón Stagnaro, Rafael Sardina, Carlos Murguía, and Reuben Cohen», says
the singer-songwriter.
Gloria España had to recently face the loss of her parents. «Life surprises us and my parents left
a short time ago. It was a surprise, but I know that they are in peace resting and living in the
glory of GOD. I am blessed to have recorded in this album a song titled «Ella» by Thania Sanz, a
great song that I strongly identified with when I first heard as it speaks of an immeasurable love
that a daughter has for her mother, the » Amor inmenso que le tengo a mi Madre». My mother
was able to hear this song and I dedicated it to her from the beginning».
In the last couple of years as a singer songwriter, España had great success, with some of her
songs being performed by Cristian Castro, Larry Hernández, Regulo Caro, Juan Rivera and
Adán Chalino Sánchez. She has been honored with multiple awards/nominations such as: Latin
Grammy, BMI, Billboard and RIAA certifications, among others Gloria made her debut as a writer with the book «SPRITEBELL EL DUENDE», a work done
during the pandemic. «The stay at home situation that we all faced made it easier for me to write
this book. It is a novel full of colors, fraternity and with the possibility of awakening that hero that
lives inside every human being…
To spark the magic of serving others.
Sometimes an
invitation to undertake new projects makes you discover all the new roads to travel… I am very
grateful for my husband Pedro Gerardo Bader F.’s invitation to write this new book titled
«Spritebell El Duende», which is a Fiction novel… I was particularly interested in the fact that it
was about friendship, kindness and that hero that each person carries inside, and the greatness
of teaming up to achieve goals and dreams».
Link Book «Spritebell El Duende»:
https://www.amazon.com/-/es/Pedro-Gerardo-Bader-Fern%C3%A1ndez/dp/0997169710
About Gloria España
Mexican singer-songwriter, originally from Oaxaca, Mexico, Gloria España became aware of her
passion for music at a very early age. At the age of 15 she began to play the piano and later the
guitar. Alternating music and studies during the following years, she pursued a career as an
Industrial Engineer in Production. In 1990 she obtained a national scholarship for Musical
Composition, a very selective scholarship that is only given to about 60 talented composers in
the country. This support was granted by Televisa and was a two-year workshop directed by the
prestigious author Amparo Rubin. At the same time, she entered the National School of Music
in Mexico City where she studied harmony, composition and rhythm. She was a semi-finalist in
the national festival «Valores Bacardi» in Mexico City and later a member of the participating cast
of the International Song Festival OT in which she participated as a singer-songwriter, where
she was selected among thousands of participants as part of the 40 finalists. In recent years as
a singer-songwriter, España had great success, some of which were interpreted by Cristian
Castro, Larry Hernández, Regulo Caro, Juan Rivera and Adán Chalino Sánchez. With her
music, Gloria España has been awarded with multiple awards/nominations such as: Latin
Grammy, BMI, Billboard and RIAA certifications. Etc.
LISTEN TO «BOCA DE AGUA» ON SPOTIFY
Follow her on her social networks:
https://www.facebook.com/gloriaespana1
https://www.instagram.com/gloriaespana440/